Home of the Flying Fur.

–Classic WoW Testing begins May 15th for Select WoW players invited to a small scale, focused closed beta test. You can opt in through the Account management and select WoW Classic Beta.

-You can claim your character name in WoW classic Tuesday, August 13th. Players with an active subscription or game time on their account will be able to create up to three characters per World of Warcraft Account.

2. You can Pre-Order the World of Warcraft 15th Anniversary Collector’s Edition now through the Blizzard Gear Store.

Complete with an Azeroth Mousepad, Onyxia pin, Fine art prints, 30 days of game time, the Alabaster mounts (which will be in the in-game shop as a bundle in August), and a pretty impressive Ragnaros statue! To commemorate 15 years of our conflict, adventures, and camaraderie in World of Warcraft, this collector’s box will set you back $99.99 USD. 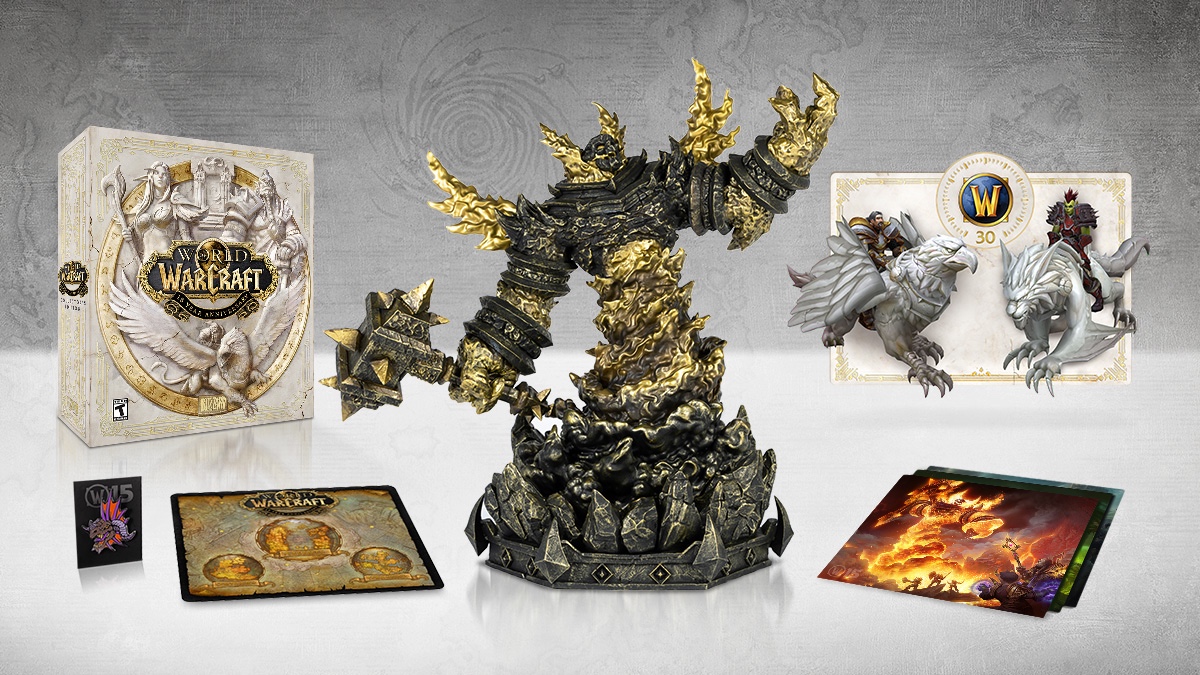 3. We’re seeing details about the coming in game anniversary events, which brings back an in game pet (Lil’ Nefarian Pet) and a mount styled after Deathwing himself (the Obsidian Worldbreaker) for completing in game activities that culminates in a 25-player raid, which will be accessible through the Raid Finder tool. The raid will pit players against some of the most iconic bosses from throughout the game’s history.

For more details and some amazing pictures of the Worldbreaker mount, be sure to check out Wowhead!